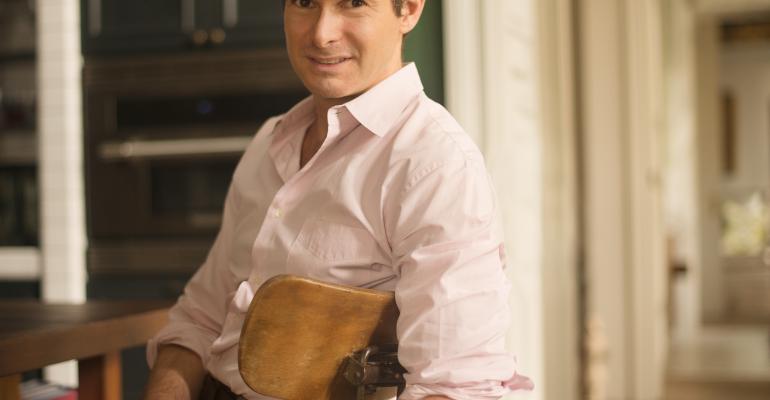 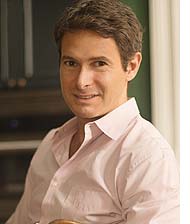 One would assume growing up on the family farm in the South would foster such familiar characteristics of true American grit as a strong work ethic, a down-to-earth personality and an adventurous spirit. And one would be right. Add to that a fine-tuned talent for entertaining with style, and you’ve got Bronson Van Wyck, who, along with his mother, Mary Lynn, and sister, Mimi, have built an event production empire based on the wisdom that grace and generosity can indeed take you to great places.

What began with a mother and son planning a friend’s wedding in 1999 has since evolved into Van Wyck & Van Wyck, a New York-based, 20 employee-strong company that produces 100 social and corporate events a year for clients ranging from Clinique to the NBA and just about everything—and everyone, from celebs and socialites to diplomats—in between. And though the company is technically just 15 years old, Van Wyck feels as if he’s been doing it his entire life. “Part of this was a simple matter of geography,” he says. “Growing up on a farm in a remote area of Arkansas, everyone who visited us had to make an extra effort to get there. We felt obliged to make the trip worthwhile by making their welcome extra special.”

After graduating from Yale with a history degree, Van Wyck landed a job with the U.S. State Department, serving as a political aide to celebrity ambassador Pamela Harriman in Paris. Part of his job required him to help host nightly diplomatic receptions at the U.S. Embassy, something that, not surprisingly, came easily to him. And though the Yale degree certainly didn’t hurt his job prospects—which later included a stint at Paramount Studios in Los Angeles—Van Wyck credits an earlier educator with his success as an event planner. “We were brought up to have a deep appreciation for the acquisition of knowledge for its own sake, and I don’t think I ever thought about what benefit a particular course I took in college might have on a professional career,” he says. “My mother gave me the best schooling you could ask for to be a gracious host.”

When asked of his design muses, the knowledge-seeking history major surfaces, citing Greek mythology, art, history and theater as key influences, as well as architects Oscar Niemeyer and Jacques Garcia and interior designer Axel Vervoordt. And add Madonna to the list.

Though an avid follower of fashion, Van Wyck avoids the trend trap. “There are so many people who believe that knowing the current trend is the same thing as having good taste,” he says. “It’s more interesting to take the trends that interest you and combine them with the traditions that have meaning to your client. Don’t be afraid to buck the trends or create a new tradition. For example, I adore carnations, a beautiful flower that gets little respect in the U.S. I use them in unexpected ways, and people are delighted by how gorgeous something so humble can be.”

One trend that Van Wyck can’t help but follow however, is the ever-increasing encroachment of social media on the event industry. “Social media has changed the nature of events. Often, the world is your audience—not just the confirmed guest list—which can be a good or a bad thing,” he says. “Attention to detail is now more important than ever, and an exciting new challenge that’s come out of social media for event producers has been creating those moments at a party that are worthy of sharing. On that note, it is rare to have a truly private event. Be warned!”

And yet, for all the constraints and challenges social media has inadvertently, for better or for worse, placed on event planners, Van Wyck, ever the Southerner, isn’t afraid to show his guests a good time. His idea of the perfect party: “Beautiful women with a past, handsome men with a future, more food than you can eat, music that you can’t sit still to, and oceans of tequila.” Facebook, eat your heart out.

Quotes from Bronson Van Wyck on Career and Success

“As event designers, there is a greater sense of appreciation for our craft that ultimately keeps us all on our toes. This is a good thing because it constantly challenges us to keep it fresh and evolve the kinds of experiences we create. As events have become more important, we are taken more seriously. This gives us the opportunity to collaborate with other more established professions such as artists, set designers, chefs and film makers because those professionals now see us as peers and not just as part-time party planners.”

THE SKILLS TO PAY THE BILLS

“Number one is listening. My job is to hear the client’s needs, wants and desires and then craft the moments and experiences that fulfill those needs. Also, being able to put aside my own ego, my own preconceptions of how something ought to be done, or my own vision of the brand we are working with is essential. I can have my own event on my own time. When I’m on the client’s time, it’s 110 percent about them. I am always trying to get the client’s voice right, but it’s the client’s voice—I’m just helping them arrange the notes.”

FOOT IN THE DOOR

“Spell-check your resume. Do more than what’s expected. Arrive early and stay late. Be grateful and show it! If you can’t find the job you want, try for an internship. By its very nature, this is an industry with lots of movement. More often than not, we’ve ended up offering full-time positions to our interns.”