/sites/all/themes/penton_subtheme_specialevents/images/logos/footer.png
Recent
Recent
Who's News in Special Events for July 29, 2021
Jul 29, 2021
How to (Politely) Set Expectations with Clients as We Head Into Larger Events
Jul 28, 2021
Here Come the Newbies: Preparing for the Event Pro Blitz
Jul 27, 2021
The 4 Elements of a Successful Business Model (and How to Fill in the Gaps)
Jul 24, 2021
Happening Next Week! The NEW Virtual Experience
Jul 23, 2021 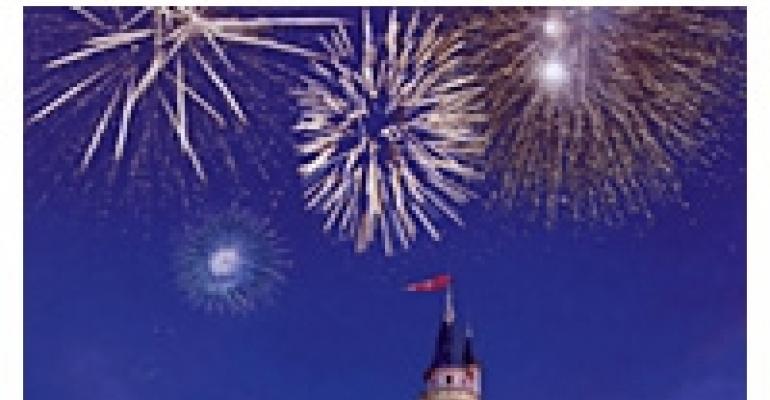 Mickey Mouse and crew kicked off an 18-month global celebration at Disney parks worldwide last week, as the original Disneyland in Anaheim, Calif., marks its 50th birthday this year.

New attractions will make their debut this year at the Disney theme parks in California, Florida, Paris and Tokyo, culminating in the opening of Hong Kong Disneyland on Sept. 12.

I LOVE A PARADE

On Thursday, Disneyland showed off a spruced up Sleeping Beauty Castle and “Walt Disney’s Parade of Dreams,” a parade featuring movie-character floats as big as 60 feet long by 30 feet tall, along with acrobats, puppetry and elaborate musical production numbers.

The new nighttime “Dreams Come True” pyrotechnics spectacular includes state-of-the-art pyro and more environmentally friendly air launch systems, along with dramatic lighting and sound technologies, the resort reports. Famous pixie "Tinker Bell" flies from the top of the Matterhorn (some 13 stories high) along a 500-foot flight path at speeds up to 20 mph to dip, glide and soar over Fantasyland.

"From Tomorrowland to Adventureland to parties at our new Twilight Zone Tower of Terror, there's no place quite like the Disneyland Resort for a meeting or private themed event," says Robert Donahue, director, Disneyland Resort Sales and Services. "Walt Disney built the original Disney theme park 50 years ago right here in Anaheim, and has left us a rich legacy of resources and inspiration for new and memorable group events."