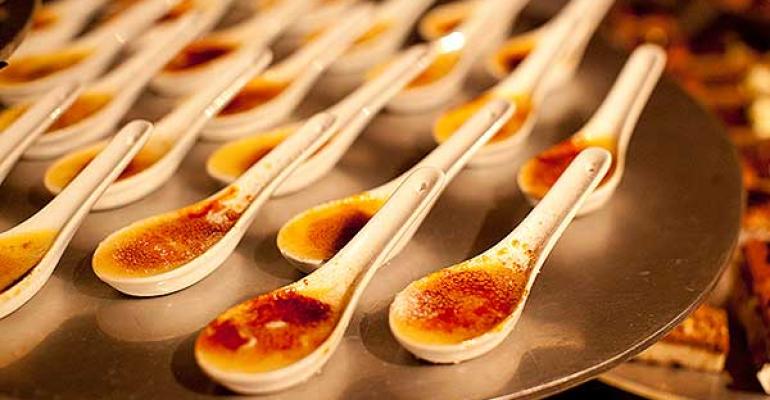 “Don’t ever let clients say that their wedding reception is not about food,” says Joann Roth-Oseary, president of Reseda, Calif.-based Someone’s in the Kitchen. “Guests remember ‘openers and closers,’ so if we have some budgetary constraints, we go for fabulous hors d’oeuvre and super desserts.”

PULL HERE On the warmer side of the table, Lane’s creative twist on a pulled pork action station features either a Southwestern or Korean-style whole slow-roasted pork butt from which guests can peel off the pork themselves. They then either stuff the pork into mini taco shells with a selection of salsas, or layer onto traditional Korean pancakes with bok choy kimchee and radish sprouts.

The complete text of this article will appear in the March-April issue of Special Events, available only to subscribers. Subscriptions are free to ISES members; subsriptions are also available for a nominal fee. Learn more about subscribing here.