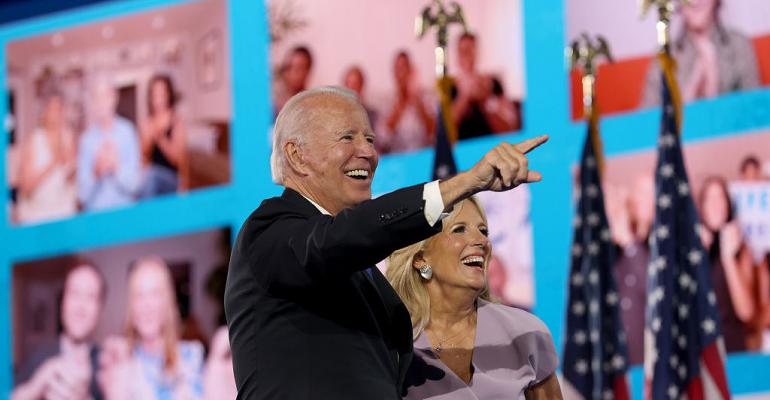 How the Virtual Democratic Convention Pulled Off a Ratings Win

As the COVID crisis upended plans for the 2020 presidential conventions, the Democratic National Committee turned to showbiz pros to help develop a reimagined event that was a ratings hit.

As the COVID crisis upended plans for the 2020 presidential conventions, the Democratic National Committee turned to showbiz pros to help develop a reimagined event  that was a ratings hit, as the Los Angeles Times explains:

“As it became clear that the coronavirus crisis would preclude holding a traditional, in-person convention this year, Democratic Party operatives and a team of seasoned TV professionals moved swiftly to reimagine the quadrennial gathering to nominate their party’s standard-bearer and, perhaps more critically, present him to millions of voters on TV.

“The effort shattered norms about how such events are configured and will likely change how future conventions are held when people are allowed to attend large social gatherings in the future. As Democrats began to sketch out what the convention would look like, they decided to trim the traditional five or six hours of programming per day down to two hours. That meant some parts of normal conventions would be overhauled, if not dispensed with altogether.

“Producers quickly determined that an audience-free convention needed to be much faster-paced. 'Not being in a room where people were cheering gave us the ability to say the attention span is only going to be two to three minutes. There is only one camera, not 10 or 12. We can’t cut away and go to a crowd shot,' said executive producer Ricky Kirshner, who has produced numerous high-stakes live-TV events including the Super Bowl halftime show” … Los Angeles Times

GOP Florida Convention to Scale Down Due to COVID Threat
Jul 16, 2020