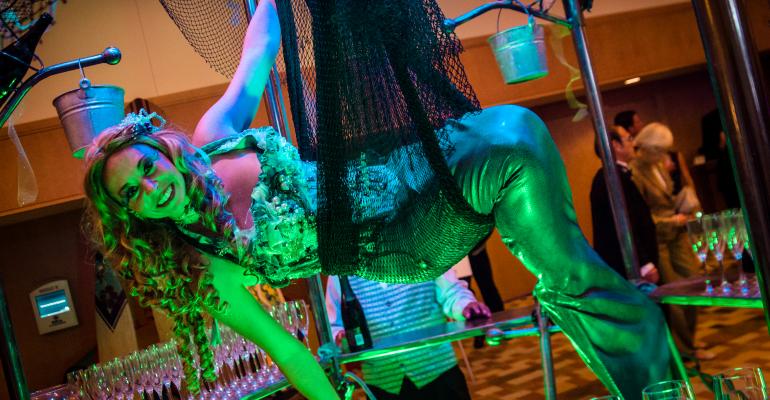 Combining aerial entertainment with food and beverage service, the Celebration Station gives new meaning to the expression “served up and with a twist.”

“But this apparatus isn’t just about aerialists; it’s about creating a center focal point that has endless theme options in a confined space,” Gale says. “The aerial rigs out in the event industry are fairly plain as far as aesthetics go. When I designed this, I specifically wanted to create something that showed artistic quality.”

To that end, Gale and his team can custom-design the stations to resemble anything from a circus tent to a mermaid’s underwater lair. “Later this year, we have an event with a Bond Girl dressed in gold, serving vodka shots with a laser grid around her," he says. "The theming is as endless as creativity itself.”