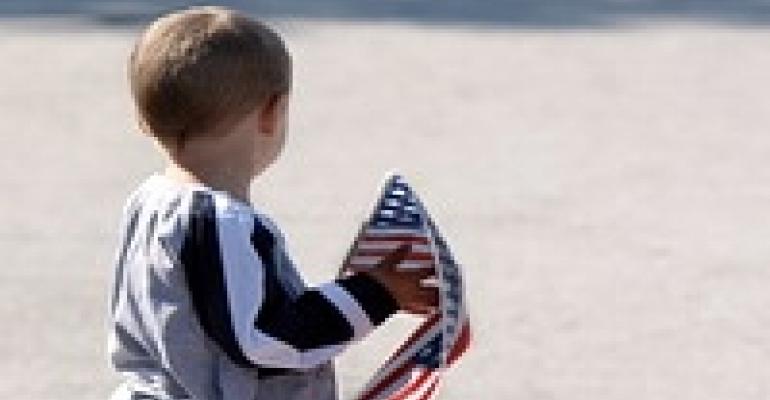 Festival Season Not So Festive as Public Funding Dries Up

When Laker fans salute their champion basketball team in today's big public parade through Los Angeles, private donors will be picking up the tab. Mayor Antonio Villaraigosa faced a storm of criticism Monday when he suggested that the city pay half of the $2 million price tag for the event, even though it has footed the entire bill in the past. Locals griped that taxpayer money should not be used for festivities when the city is poised to slash budgets and jobs.

This dilemma faces many public events this summer as strained government budgets are putting the kibosh on famous festivals and other special events.

The city of Garland, Texas--a Dallas suburb--last year quietly canceled its famed Star Spangled Fourth celebration, slated for July. Staging the mammoth event, winner of a Gala Award from Special Events in the past, would "not be appropriate" during these challenging times, the city said.

Ironically, even the most homespun of hometown festivals are on the receiving end of public ire, akin to the "AIG effect" last year, when citizens lashed out at what they perceived as lavish parties staged for faltering companies bailed out by taxpayer money.

"The Stockton [Calif.] Asparagus Festival has recently drawn fire from a reporter in the Stockton Record," notes Steve Anthony, president and CEO of Stockton-based American Event Rentals. "The festival has generated over four and a half million dollars for local nonprofits since its inception in 1986. It is the city’s premier event. But the reporter raised the question if the city’s expenditure of staff time to police and maintain the event could have been better spent by allocating the monies directly to the charities."

The festival, held in April, still drew 85,000 attendees, Anthony notes. "The question, however, was raised," he says, "and now lingers in many minds as to the proper and necessary expenditure of monies when this city is scheduled to lay off 55 police officers."

Boston's city fathers are scrambling to close a funding shortfall for Sail Boston 2009, slated for July. "At this point, both Sail Boston and the city are saying it is possible that the event will have the Tall Ships of the World docked at piers with locked gates and limited access for the public," says Greg Poulos, head of Belmont, Mass.-based Bluefin Productions. "Essentially, a very public black eye for the city of Boston, with its rich heritage of seafaring and fishing communities."

The situation is not bleak everywhere; indeed, some festivals are flourishing.

Rather than seeing public events shrink, "We actually have seen the exact opposite," notes Ray Brazeau, president of StarLite Pyrotechnics of Concord, Ontario.

The city of Mississauga, Ontario, will celebrate Canada Day, July 1, with an even bigger celebration than last year, Brazeau says. City officials view the festivities "as a responsibility that the city has to the community to provide entertainment for families that might not be able to afford to travel during these tough economic times or pay admission into a ticketed event," he explains. "By providing an entire day of free entertainment and activities for the entire family--all age groups--to celebrate our national holiday, it has become a true 'community event,' which is very nice to see as well as uplifting—and, boy, do we ever need a lot of that!"

Some event professional bemoan what they see as local government's shortsightedness about the true payoff from public special events.

"It is clearly a pattern of states, cities and towns--which reap the benefits of tourist dollars, meal taxes and revenue--turning to organizers to fund both the upfront costs of events, plus security and safety, in addition to collecting the revenue by having these events," Poulos says. "At some point, our industry needs to make clear that major public events such as these are the reason why tourists come to town. The city and CVBs need to take active roles in promoting their locales, plus the costs of providing services for these events."

Anthony points to the deep emotional pull of longstanding public events such as festivals.

"As we struggle with the red tape, we should not lose focus on the true intention of these wonderful events; they are the tapestry and fabric that we all can rally behind," he says. "Event planners and production companies alike have a vested interest to lend their expertise in helping city and county governments as they navigate through these uncharted waters. We need to continue with open lines of communication to media and elected officials. The value of the event needs to be continually stressed, along with putting a face on it."