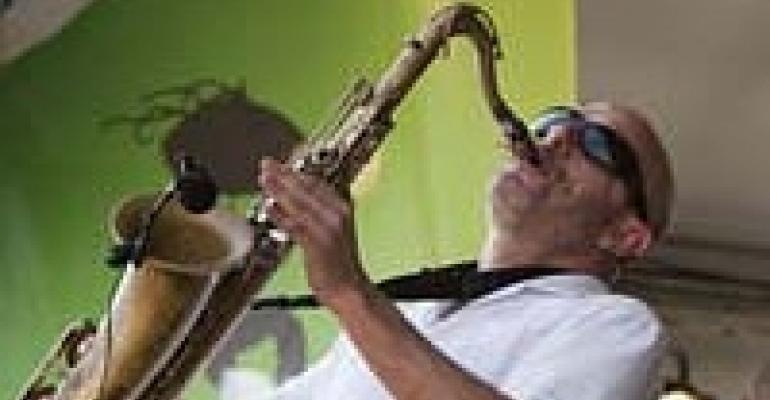 The economy may be in a slump, but that doesn't mean you have to lower expectations for your event. Sometimes it simply takes a good hard marketing push to pull in the crowds. Three festival experts show us how they use everything from uber-popular Facebook to still-relevant direct mail to do just that.

THE PULL: The New Orleans Jazz & Heritage Festival brings in 400,000 attendees annually to the legendary city for a celebration of Louisiana music and culture. The seven-day end-of-April affair offers 12 stages of musical options ranging from jazz, gospel, rock, and rhythm and blues to Latin and African music. Headliners Aretha Franklin, Joe Cocker and the Dave Matthews Band have graced the stage of the event, which dates back to 1970.

THE PUSH: “The festival's Web site is the most aggressive Internet-based marketing tool,” notes Louis Edwards, associate producer of promotions. But he stresses it's mainly a source of information. “With an event the size and scope of Jazz Fest, it's difficult to get too cute without being confusing,” he says. “We strive for clarity.”

Beyond the Internet, the festival's organizers rely on good, old-fashioned print and radio advertising, both locally and in major metropolitan cities across the U.S. In fact, paid advertising has “proven extraordinary,” according to Edwards. These marketing techniques help Edwards reach outside the New Orleans area to out-of-towners, who make up roughly 50 percent of atten-dees, coming from all U.S. states — and New York especially — as well as many different countries. The team has had so much success with print and radio, it hasn't sought out new marketing mediums such as Facebook and Twitter. However, now that these social networking tools attract an older crowd more in sync with the festival's demographic, the team is considering using them for next year's festival.

THE PULL: The Charleston Food + Wine Festival in Charleston, S.C., saw 15,000 guests in March. The four-year-old event, which also doubles as a nonprofit organization, is devoted to all things gastronomic, as well as burnishes Charleston's culinary reputation.

THE PUSH: Despite the slow economy, 2009 marked the most successful year to date for festival attendance, charitable giving and ticket sales. Still, “We are being optimistically cautious in our planning of the 2010 event,” says Ericka McMillan, the media/marketing manager.

Festival organizers cast a wide marketing net by using myriad tools. Public relations, the Web, grass-roots campaigns, e-mail, guerilla marketing and social media all play a role in getting the word out. McMillan finds social networking especially useful because it's instant and can drive people to the festival's Web site. For example, McMillan once Tweeted: “Just posted the release about the '09 festival's green efforts.” The Tweet then directed followers to the press release posted on the Web site. “Social media allows me as a media professional to have direct access to media if they are following me,” she notes, and lessens the chance of a press release getting lost in an overloaded inbox.

Even direct mail has its place. It's still one of the better ways to reach the festival's target audience of middle-aged affluent households, nearly half of whom come from more than 50 miles away. McMillan likes direct mail because it can offer “a comprehensive overview of the event, has a longer shelf life and is often easier to follow when you are detailing 50-plus events.”

But of all her marketing tools, McMillan feels the festival's Web site is the strongest. It's instant and directly measurable, for starters. And in the end, it's the place that all the other mediums point back to.

THE PULL: The Los Angeles-based Extravaganza for the Senses food and wine event, which benefits the Saban Free Clinic, draws a crowd every July with its impressive array of top-notch local restaurants offering tidbits from their menus. Now in its 12th year, the festival attracted 1,500 attendees in 2008.

THE PUSH: “We are working harder this year to get the word out about the event,” notes special events associate Lenna Vanerian. This means using Facebook, MySpace and Twitter networking sites. Posts to these sites inform followers and friends when tickets are on sale, when a new restaurant signs on and what raffle prizes are on tap. In addition, organ- izers use online marketing tool Constant Contact to create e-blasts and online surveys at minimal cost. The team prefers the tool over using a regular e-mail provider for blasts because Constant Contact can track who opens the e-mails, who forwards them and more. Still, Extravaganza for the Senses doesn't shun other less Web-centric marketing tools. “We are also taking advantage of low printing costs to print brochures to pass out,” Vanerian says.

Despite all the marketing tools at their disposal, Vanerian says the event crew finds word of mouth most valuable. As Vanerian puts it, “People are more likely to try something that they have heard good things about firsthand.”

Extravaganza for the Senses
323/330-1653
www.thesabanfreeclinic.org/extravaganza

Another Festival Sued in Wake of Gun Violence
Nov 14, 2019