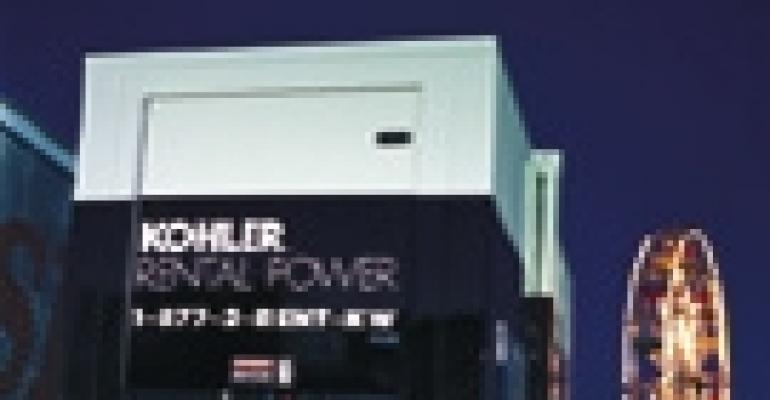 Festivals are some of the most complex events going. Many require months of preparation and millions of dollars in corporate sponsorships, not to mention the use of public space and local government services. But for event professionals who work within this $14 billion industry, the job has many rewards.

For Christian Coe, president of Los Angeles-based Event Technical Services, time is of the essence when it comes to festival production. “Because most [festivals] are on public streets, you have a very tight time frame,” he says, explaining that an 8-hour setup window for a 500,000-attendee festival is not unusual.

In downtown Los Angeles for example, where Event Technical Services supplies power, stages and plumbing for the city's annual Fiesta Broadway celebration, streets cannot be cleared for access until businesses close for the night — usually about 10 p.m.

Coe says last-minute challenges are inevitable with an event like Fiesta Broadway, which encompasses about 25 city blocks and includes 16 stages and hundreds of booths. “Some food vendors, like charitable organizations for instance, might not understand that you can't bring an entire kitchen appliance system to a tent and expect it to be plugged right in without advance notice,” he says. On the upside, “Experienced promoters and producers talk to us well in advance,” he adds. “Ten years ago, there was far less experience.”

Jason Keller, of Kohler, Wis.-based Kohler Event Services, also counts ever-decreasing setup time among the challenges for his company, which supplies power and technical production to festivals including Milwaukee's Bastille Days, the Tamale Festival in Indio, Calif., and the Balloon and Wine Festival of Temecula, Calif. But, he says, the company always prepares itself to provide additional power and other services on demand.

Even when everything goes as planned for an on-site Kohler crew, Keller says, the average festival attendee wouldn't know it. “We want to be virtually unseen,” he explains. “We're there from start to finish tending to everything, but the fewer people that see us, the better, because that means everything is running smoothly.”

Like his technical-services counterparts, Harith Wickrema, president of suburban-Philadelphia-based Harith Productions, credits the collaboration of producers and vendors with ensuring a successful festival. Wickrema worked on three of more than 50 events that were part of Philadelphia's 2001 Sunoco Welcome America Festival — an eight-day Fourth of July celebration attended by more than 3 million people.

In producing the festival, he says he “had to think more about the interest of the city of Philadelphia in general, rather than having complete control over everything.” But in relinquishing some control, Wickrema says he had the privilege of working with companies like San Francisco-based SFX, which he calls “the largest concert company — they're the best in the business.”

He adds that trade shows are an excellent source for vendor contacts and says that's where he found Los Angeles-based Talking Laser Co., which ended up lending its talents to Wickrema's production of a concert and fireworks spectacular at the city's Ben Franklin Bridge.

Portland Rose Festival director of special events Marilyn Clint, who has been with the 94-year-old Portland, Ore., festival for 20 years, agrees that good vendor relationships are key to producing great festivals. “We don't own a lot of our own stuff,” Clint says. “Owning and storing stuff isn't cost effective.” Instead, the festival conducts a bid process on a local and national level to find suppliers for items such as tents, fences and bleachers.

Clint, too, touts trade shows as a vital resource. “Even if we don't end up using a product from [a trade show],” she says, “we might mention something that we've seen to a local vendor here, and they might invest in it so we can use it.”

A great city setting and a broad range of vendors are essential, but they won't amount to much of a festival without sufficient funding.

Clint notes that the Portland Rose Festival began “titling” events for sponsors in the mid-'80s as part of a forward-thinking corporate sponsorship push. “A lot at that time was local companies that wanted to attach themselves to a civic ceremony that had a great local impact,” she says. But now that many of these companies have branched out into the national arena, “It's a lot more challenging to find sponsors who will attach themselves to regional events.”

To stay ahead of the game, the Portland Rose Festival has created an internal marketing team of about five full-time year-round staff who work exclusively on sponsorships. Travel to places such as Dallas — headquarters for the event's largest sponsor, Southwest Airlines — is hard work, Clint says, but well worth the payoff: an estimated $80 million for the local economy.

For Mark Malkovich III, general director of the 33-year-old Newport Music Festival in Newport, R.I., the greatest challenge is acquiring the sponsorships that account for one-third of the festival's $1 million budget.

One way Malkovich has worked to ensure adequate funds for the 17-day festival is by diversifying sponsorship opportunities. He explains that the event's range of venues — a handful of Newport's famous mansions, including Cornelius Vanderbilt's “The Breakers” — and its program of 63 unique chamber music performances lend themselves well to this approach. He points to the sponsorship of romantic midnight concerts by the French champagne house of Louis Roederer as an example.

Nevertheless, generating new sources of income is a task that must begin immediately after the close of each year's festival. “Sometimes I feel like I'm in the Roman candle business,” he says. “Every year we shoot off these wonderful fireworks, then we're left with all these empty cartridges.”

A dynamic blend of tradition and innovation is the goal of most festival producers.

Clint says having “a legacy to protect” is a major inspiration for her work with the Portland Rose Festival. But, she adds, “Because we are so traditional, with this long history, we're always trying to balance tradition with being contemporary and relevant.”

One approach that has proven successful is a greater collaboration with area artists. When Clint realized that Michael Curry, producer of the Broadway smash musical “Disney's The Lion King,” was an Oregon local, she brought him on board to create a dance and theater exhibition. Clint says the show was “great for him, it was great for the audience, and it was definitely great for us to tie in more with the arts community in Portland.”

Wickrema adds, “When you work on a public festival, perception is more important than reality.” He explains that festival designers must be cautious about “showing too much extravagance,” and must also be sensitive to the diversity of public audiences. With corporate events, which make up much of his business, “you don't have to do this. You have the money, you do it and you don't worry about it,” he says. But the challenge of festival production is one he welcomes, saying, “The event is more for the good of the larger population than a corporate event.”