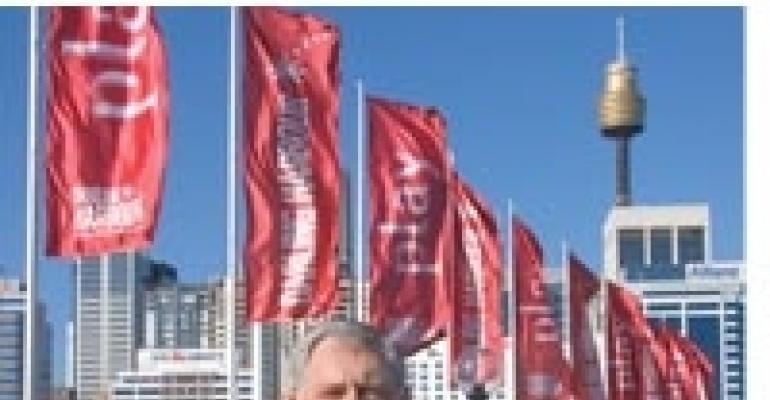 John Allen, foundation director of the Australian Centre for Event Management at the University of Technology in Sydney, has a curriculum vitae packed with impressive events. In recognition, he received the Order of Australia in May, an order of chivalry that the Order of Australia Association has bestowed on luminaries including Prince Charles. From festivals to event education, Australia certainly has felt the good vibrations of Allen's event savvy.

SPECIAL EVENTS MAGAZINE: You were one of the leaders in creating the Aquarius Festival, which is considered to be Australia's first professionally organized festival. What did it do for the Australian event industry?

JOHN ALLEN: The Aquarius Festival at Nimbin in 1973 was officially the annual festival of the Australian Union of Students, catering to students from universities across Australia. Given the nature of the times, it became a major festival of alternative lifestyles and culture.

It was a 10-day festival without a program, where participants were invited to create their own living environments and entertainment and to demonstrate their care for the environment. Visiting performers included the Bauls of Bengal from India, jazz musician Dollar Brand from Africa, and tightrope walker Philippe Petit from Paris, who later made world headlines by walking between the Twin Towers in New York. The festival largely introduced the concept of world music to Australia, as well as raised key issues of the environment and sustainability.

A community continues there to this day, which has become a reference point for the counterculture and the “hippie” era of the '70s

SPECIAL EVENTS: Describe one of your most noteworthy events.

ALLEN: One newsworthy event that I was involved in was Sydney's major celebration of Australia Day, which I produced from 1989 to 1996 in my capacity as event manager for the Darling Harbour Authority. The event was organized in conjunction with the Australia Day Council and the New South Wales Premier's Department and was the city's main celebration. It consisted of three major elements: a daylong family celebration on three stages, an Australia Day Ceremony hosted by the premier and directed for several years by David Grant [of David Grant Special Events in Artarmon, Australia], and an Australia Day Spectacular directed for several years by Andrew Walsh, who went on to produce the opening and closing ceremonies for the Athens Olympics, the Rugby World Cup and the Melbourne Commonwealth Games. The celebrations attracted about a third of a million people, with highlights including using pyrotechnics to transform the Sydney Tower into a giant Olympic torch before a large delegation from the International Olympic Committee to assess Sydney's bid to host the 2000 Summer Olympics.

SPECIAL EVENTS: What does the Australian Centre for Event Management offer participants?

ALLEN: The Australian Centre for Event Management was established in 1999 to extend event teaching and research as a partnership between the academic community and the event industry. Initially we began a short course tailored to the needs of industry practitioners drawing on leaders in the event industry as presenters. Typically event managers back then had little formal training, so the course rapidly established a successful clientele, which has continued into the present and led us to give similar short courses in most Australian cities and in New Zealand, Malaysia, China, Edinburgh and Singapore. We also established a biennial event research conference bringing together members of the academic community with the industry to share case studies and research — the most recent conference being held this July in Melbourne. Over the life span of the center, our activities have expanded into a full Master of Management in Event Management program.

SPECIAL EVENTS: What does you receiving the Order of Australia mean for the event industry in Australia?

ALLEN: The Order of Australia is awarded to Australian citizens for outstanding achievement in areas such as business, sports, the arts and the community. Only recently have recipients come from the events industry, including David Grant and Andrew Walsh as well as myself. I think this signals the acceptance of event management as a valid profession, which contributes much to our society and quality of life, and I would like to think that such awards help cement the legitimacy of the profession and open up career paths for young people entering the industry.

Call the Australian Centre for Event Management at 02 9514 5156 or visit [email protected].