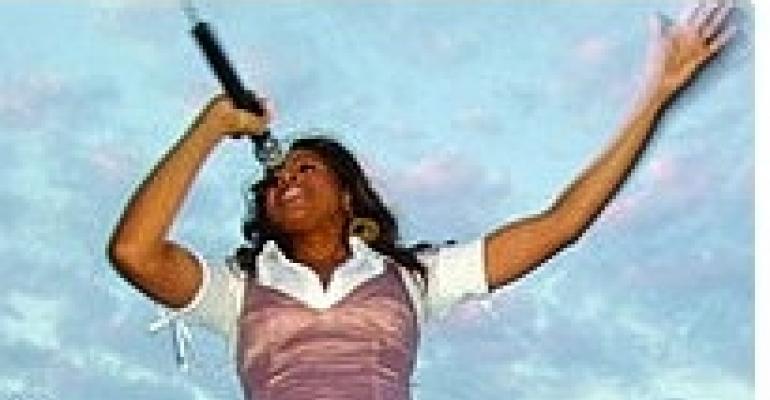 Miami's Winter Party Festival is a beach bash with a mission. Created to bring together diverse members of the lesbian-gay-bisexual-transgender community, the 10,000-attendee, six-day blowout also brings together a host of hair-raising logistical challenges. At this year's event, in early March, the closing Beach Party offered up the biggest obstacles of the festival's many events. And it offered executive producer Tom Bercu and his crew a chance to show client the National Gay and Lesbian Task Force, and the 5,500 revelers in attendance, some impressive production chops.

Having worked on Winter Party Festival for seven years, first as a volunteer and then as a contracted producer, Bercu, of Los Angeles-based Tom Bercu Presents, has experience on his side. But that doesn't mean he's immune to the challenges of time, landscape and human error.

For one thing, he notes, the Beach Party build site, located on Miami's famed South Beach, is 500 feet long but only 90 feet wide. “It cannot be any wider than that due to the hard-pack sand where the event takes place,” he explains. “Literally three feet to the east” of the main event space “is soft-pack sand,” he says. “If a vehicle tries to drive on that area, it will get stuck.” A forklift that's kept on site during all four days of the lengthy load-in does double duty unloading dance floor plywood, bleachers and scaffolding, and helping dislodge stuck trucks.

Recounting the 2007 Beach Party's multi-day installation, Bercu describes the setup as “an astounding sight to watch.” Beginning on the Thursday before the Sunday event, five 18-wheel tractor-trailers received police escorts down the beach to the build site. Under pressure to complete the setup by Sunday's noon event start time, a team made up of staffers from vendor companies including Miami's Tropical Tents and Florida Fence Rentals as well as Orlando's Event Flooring Professionals transformed the coastline into a party zone. Notes Bercu: “2007 was a record, with only five vehicles getting stuck!”

By the time it kicked off on Sunday, the Beach Party attracted not only in-the-know LGBT celebrants but interested onlookers.

Spanning an area covering two city blocks right on the beach, and pumping out beats courtesy renowned DJs and performers, the Beach Party was “the epitome of the power of grassroots marketing,” Bercu says. Miami Beach tourists and residents couldn't help but be intrigued by the 30-foot-high truss, 160 feet of 10-foot-high bleachers, and “5,500 happy, diverse and proud members of the LGBT community dancing and smiling, expressing both their own individual identities as well as that of the community as a whole,” he notes. Many onlookers approached the gates and fence line, or queried staff at the ticket tent. As a result, “They too learned about Winter Party, the Task Force and the power of the LGBT community,” Bercu adds. “With a party that big, the straight community couldn't help but notice — and join the fun.”

With the Beach Party in action, Bercu and his staff made some discoveries of their own. Chief among them was the impact of having two bars, one on each end of the party site, instead of one main bar as in years past. “The thing we learned is that if you have two bars and your build site takes up the entire 90 feet of hard-pack sand, you'd best have two access lanes on either side of the site to service bars, where guests cannot go,” Bercu says. For next year's event, which Bercu again will produce, “We will keep two clear access lanes if we keep two bars.”

To keep the scale of the job in perspective, it pays to note that the Beach Party was just one of 26 Winter Party events for which Bercu served as executive producer.

While he worked on the beach bash, he also produced a 2,500-attendee pool party at festival headquarters the Surfcomber Hotel — requiring the delivery of more than 1,600 pounds of ice — plus a Latin dance party, a cocktail reception at a private mansion, competitions and nightclub events.

With so many events under his watch and so many years of dedicated service to Winter Party under his belt, it's not surprising that Bercu has a special place in his heart for the festival. Now, having been able to “lead a team to carry on the work and the dream of so many volunteers who I had worked with over the years,” he says, “I could not be any prouder.”