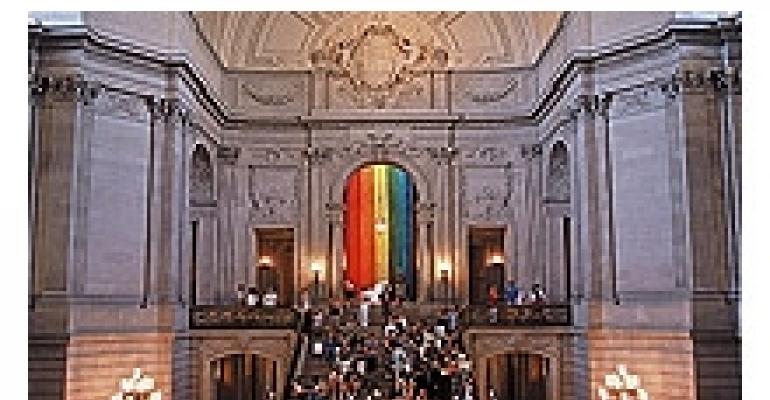 With attendance in the tens to hundreds of thousands, some of the biggest public festivals offer examples of the event industry's biggest achievements in overcoming challenges.

With attendance in the tens to hundreds of thousands, some of the biggest public festivals offer examples of the event industry's biggest achievements in overcoming challenges.

San Francisco's weekend-long Pride celebration, which draws half a million participants to its Sunday festivities each June and brings the city nearly $100 million in tax revenue, according to event manager Joe Wagenhoeffer, enjoys many inherent advantages. Among them, the 12-year veteran notes: “A well-designed, pretty city, really nice buildings [and a site] centrally located to all public transportation.”

But the event's large public venue — a 1½-mile parade route and 14-square-block celebration area — is also the source of its most daunting logistical challenges. Two of the biggest, notes Wagenhoeffer, are the management of crowds and their trash.

The site is so large, Wagenhoeffer says, “a big part is letting people know what's going on where.” Over the years, the Pride planning crew has learned that signage is not the most effective means of giving guidance. That's why the team created “Pocket Pride” — a map and information pamphlet handed out to all celebrants at the event's entrance, detailing where to find vendors, toilets, operations facilities and the event's 15 entertainment stages.

To help revelers stow their trash properly, San Francisco Pride prides itself on a recycling program started in 1999. Included are four on-site recycling stations manned by pros trained to inform attendees about the benefits of recycling and to point out what is recyclable. A “Fan 3” recycling system, involving blue, green and black bins for different kinds of reusable waste, also is incorporated throughout the site.

“When it comes to recycling, we are way ahead of the curve for an event of our size,” Wagenhoeffer notes. “The city now uses a lot of things we do as a model for some of their larger events.”

Another high-volume gathering — the Los Angeles Times Festival of Books — finds both its biggest opportunities and biggest obstacles in its location on a massive public university campus.

Now in its 10th year, recording attendance in excess of 115,000 at its April 2005 event, the Festival of Books has become a bona fide Los Angeles institution. Glenn Geffcken, the L.A. Times consumer events project manager who has worked on the festival since 1999, credits much of its success to the symbiotic relationship the event has with host site UCLA.

“The UCLA campus is the perfect venue for the festival,” he notes. “It makes a lot of sense for an event that celebrates literacy and learning to be located at a place of higher learning.” Besides that, he adds, the campus is both beautiful and big enough to accommodate the event's growing crowds.

But it's the school's good looks and vast spread that create the trickiest setup situations for the festival's 500-plus exhibitor booths and six stages. “The university is very particular about its trees, grass, bricks, buildings, lampposts, etc.,” Geffcken says. “They even have their own patent on the color of their bricks.”

To preserve the pristine grounds, the event manager's crew uses protective grass coverings, and has established formal policies for running cables, staking tents, and hanging and removing signage. In exchange, he says, “UCLA has made gradual modifications to its infrastructure to make [setup components] available to festival exhibitors. And they are continuing to make modifications when they can, such as running electrical lines out to areas where booths are located so that we have easy access for connecting and distributing power.”

The result is a weekend-long celebration “bringing together those who create books with the people who love to read them” Geffcken says. The most rewarding part for him is “seeing, by 11 a.m. Saturday, some 5,000 or more children packed into the two children's areas.”

Going strong for 32 years is Boston's Fourth of July — the city's official Independence Day celebration. The event, held on 3½ square miles along the Charles River, draws half a million guests to enjoy fireworks and a performance by the famed Boston Pops orchestra.

Of course, no Fourth festivities — particular none of the nationally televised caliber of Boston's Fourth — would be complete without fireworks. And no fireworks show would be complete, says producer Rich McDonald, without major logistical, technical and safety challenges.

First off, there's the matter of simply getting the fireworks — 12,000 shells in all — to their launch location on the river. “There are only about four barges in the whole state that will fit through the [lift] locks on the river,” McDonald says. One year, a barge got stuck in a lock and had to return to dock, reload and reattempt its mission. “We pay premium dollar for the ones we use now because they hold them for us.”

Then there's the weather, which has to be monitored with the aid of a private weather service retained for a two-week period before the event. With 19,500 pounds of pyrotechnics set to soar skyward, “thunderstorms are a huge threat for us, as are sudden winds,” the producer says. “We get two updates every day, and if anything sudden comes up, they tell us what's coming so we can evacuate.”

The central pyrotechnic spectacle at Burning Man — the igniting of a 40-foot, platform-mounted sculptural effigy — may not pose the logistical challenges of the Boston bash. But that doesn't mean the annual 36,000-attendee celebration of “radical self-expression and radical self-reliance” — held each year in late summer in the scorched desert landscape of Pershing County, Nev. — is a planning breeze.

Far from it, says the San Francisco-based festival's director of communications and business Marian Goodell. There is the seven-mile, pentagon-shaped perimeter fence to be installed pre-event, the 500 participating “art cars” to be registered beforehand and speed-monitored for safety during the gathering, not to mention the so-called MOOP (“matter out of place” — everything from Q-tips to bottle caps) to be cleaned up over two weeks after the eight-day event by a tenacious crew of 40.

But more challenging even than these feats has been getting local residents to offer their acceptance to an event notable for its counterculture slant and decidedly “alternative” enthusiasts. “They used to hate it,” Goodell contends, “but they like it now.” The reason for the locals' change of heart? Well, it may have something to do with the proceeds from Burning Man ice sales that event organizers now invest in the area's high schools, senior centers and local 4-H and Scout groups. Or it may be inspired by the wheelchair access ramp Burning Man carpenters built, for free, for a local medical center that was badly strapped for funds.

Whatever the source of residents' newfound respect, Goodell says it's the result that counts. “The biggest lesson we learned since we started doing this is that by creating a relationship with local authorities and communities, that's helped with our long-term survival,” she notes. “It's the thing that keeps us alive.”