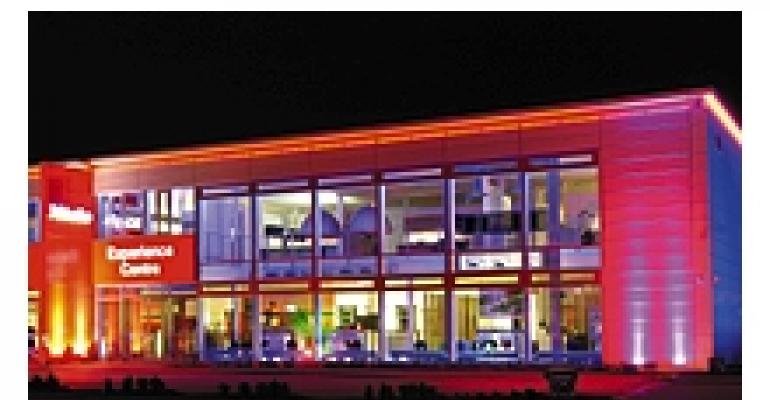 WHAT is the No. 1 request technical pros ask from their event planner clients? Hands down, the answer is time.

“Time, being a commodity in short supply for all of us, has a direct relationship to the success — both in smoothness of execution and quality — of the final product,” says Solomon Rosenzweig, president of San Francisco-based DaVinci Fusion.

Failure to spend time in planning can be costly. “In their quest to book space, hotels will try to book up a room the day prior, but planners must hold firm,” notes Andy DiRaddo, director of business development for Houston-based LD Systems. “When the tech load-in is at midnight the day before the show, it is rough on the techs, the labor costs skyrocket, and the show can suffer.”

To both rein in and warm up the spaces (“One of my pet peeves is walking into a huge room and being able to see all the way across,” Rosenzweig says), DaVinci installed a 60-foot double arch unit and yards of burgundy velour drape in the silent auction area. For the dining area — a space big enough for 2,500 but being used for only 850 guests — the team used red velour to carve out an octagon, with downlighting to add depth and drama.

“Call it the ‘wow’ factor or the first impression, but it made guests think, ‘Wow, this is really something,’” Rosenzweig says. “One thousand people saying ‘wow’ is not too shabby.”

Time plus smooth teamwork helped LD Systems create an elaborate video presentation that was the centerpiece of a party at a hotel in March for 350 guests celebrating the 80th birthday of former three-term Houston mayor Bob Lanier. A 60-foot-wide rear screen set into an airwall was used to project huge pan images of the mayor's achievements. Personal photos played over the projections, and a video punched through the pan images in the center of the screen for part of the presentation.

DiRaddo notes that his detailed rendering of the presentation (“which was so true to the event that it is difficult to tell which is which”) is the tool that sold his client on the complicated technology. “This was an example of an event where the technical partner was allowed to be in on the event from the beginning,” DiRaddo notes.

Teamwork also enables the technical crew not just to execute the event plan, but to help meet all strategic objectives.

Worcester, England-based MMM oversaw the design and setup of a permanent LED lighting installation worth more than £100,000 ($183,000) at appliance manufacturer Miele's new Experience Centre in Abingdon, England. With a long list of goals — including a design reflecting the brand's high-end image, energy efficiency and a look that wouldn't date — the MMM team began its work last summer. The result, which debuted in February, incorporates 80 color-changing LED strips over the front and side fascias of the building, transforming a “utilitarian workplace into a magical environment, specially beneficial for those long winter months when darkness falls by midafternoon,” notes MMM head of technical production Simon Allison.

Lighting was also the crux of a product reveal staged by Halethorpe, Md.-based Showcall Inc. in February, an event made more challenging because the star of the show — Boeing's newest 767 refueling tanker aircraft — wasn't even painted yet.

Five huge scrims dropped to reveal the tanker, over which varying light patterns played to suggest the tanker's modern upgrades. With some 400 guests including members of the international press converging on the Wichita, Kan., aircraft hangar that served as the site of the reveal, the event team worked like a “well-rehearsed orchestra,” notes Showcall owner Ajay Patil, ensuring that all elements were installed and completed on time.

Technical innovations that will be appearing at an event near you soon:

“HD [high definition] video, which provides superior image quality. This new technology will start to run into our events as soon as the quality gets recognized and the client is willing to pay for it.”
— Solomon Rosenzweig

“‘Opus,’ a multimedia tool that far surpasses the capabilities of PowerPoint. It allows often-dull presentations to be brought to life in a new and exciting manner.”
— Simon Allison

“Digital media servers. These computer components are able to take video imagery and morph it in any number of ways, send the image through a projector, and the projector is able to pan and tilt just like moving lights, providing a wide variety of projection angles and opportunities.”
— Ajay Patil