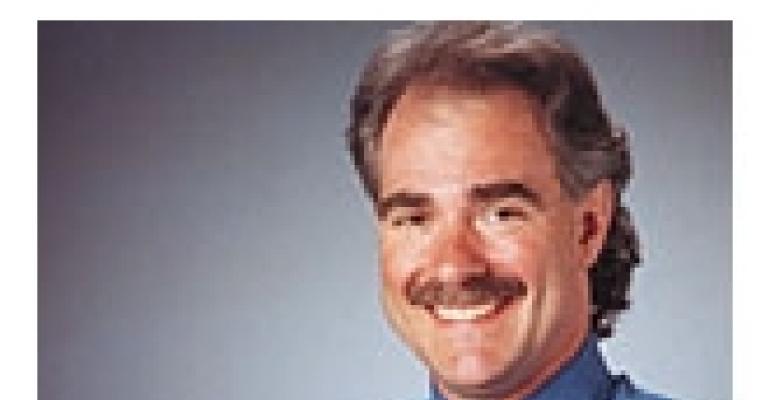 SO badly did Andy DiRaddo want to get into the sound scene 30 years ago, he was willing to make major sacrifices. The young upstart with a love of music — but, he admits, no musical talent — signed up for one of the only college-based programs in the country for professional sound production, a course that just happened to be held at Brigham Young University. “For the three-week program I had to cut my hair and drink no coffee or Coca-Cola to conform to the Mormon university's rules,” DiRaddo recounts.

Fortunately, the shorn locks and forsworn caffeine paid off for the founder of LD Systems, the sound-lighting-video-technical production company DiRaddo launched with John Larsen three decades ago.

According to DiRaddo, the Houston-based firm — which now has a second location in San Antonio, employs 62 and claims $13 million in annual sales — got its first major break when it snagged the sound contract for comedian Lily Tomlin's 1976 tour. Since then, LD has made its name providing production elements for such events as the “Power of Houston” — a Gala Award-winning extravaganza held in 1997, 1998 and 1999 that “encompassed the entire skyline of the fourth largest city in the country” and involved “360 degrees of building lighting, lasers and search lights,” DiRaddo says. Another standout event in LD's recent repertoire, though for more somber reasons, was the memorial service for the 2003 Columbia shuttle tragedy. The event gave DiRaddo's crew less than three days to set up sound distribution, HMI video lighting for the presidential press contingent, generator power, stages for presentations, press platforms, towers for sound, and other components for the 10,000-attendee ceremony.

DiRaddo's experience keeping a level head in the face of crisis came in handy again recently when hurricanes Katrina and Rita dealt harsh blows not only to his part of the country, but directly to his business. Noting that 25 percent of LD's quarterly revenues were lost as a result of the devastating storms, DiRaddo recounts a series of brutal hits: “The storm itself canceled direct business in New Orleans that we had booked, our largest venues for events and meetings in Houston were given over to evacuees, and events that did reschedule landed on top of existing events during an already busy period.”

Yet despite daunting difficulties, an optimistic DiRaddo says never-ending obstacles are precisely what keep him passionate about his work. “The most gratifying thing for me is that there is always a new challenge, and every event is different,” he notes. But with each event, one reward remains constant: “I get to take a client's vision, translate it into technology and bring it to fruition.”

“The most perverse happening as a result of the hurricanes was that our participation in the national hurricane relief event ‘One Country’ with Kenny Chesney and ZZ Top was canceled because of Category 5 Rita headed for us. Another event canceled all the special effects elements we were to do so that the money they were to spend on that could be donated to the relief effort.”

“Intelligent lighting fixtures and the consoles that allow all the parameters to be programmed in a short amount of time have added dynamics and variety to the lighting world. Sound has seen the arrival of the line array speaker system that allows the front row and the back row to get the same amount of volume. High-power video projectors have advanced from Volkswagen-sized machines, which took mammoth power and training to plug into the wall and carry, to one-hand-sized pieces.”

“My first event was a Miss Texas competition. After it was over I went outside, and my stomach was in knots. Ever since then I have been able to keep calm in the face of event jitters both for myself and my clients — OK, some of my clients.”