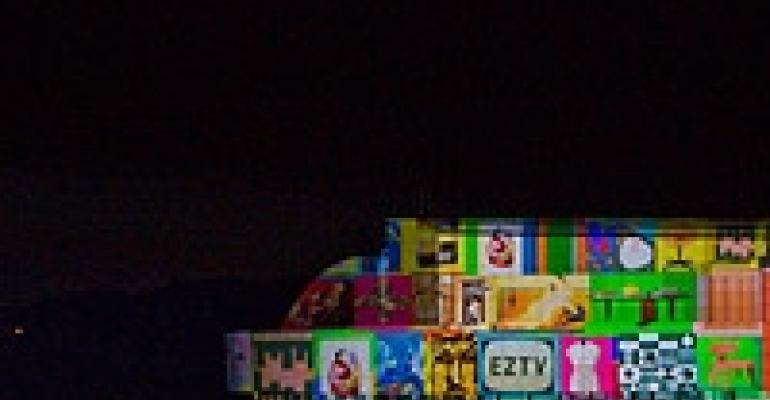 Boring building fa&#231;ades turn into dramatic 3D delights thanks to this event innovation

Guests at L.A.'s Getty Center for the kickoff party for the big “Pacific Standard Time: Art in L.A. 1945-1980” exhibit last fall saw the power of projection mapping in action. The lights dimmed, then burst into a massive logo and illuminated five Getty Center buildings; the buildings became the canvas for a collage of art from 1945 to 1980.

“We had every building you could see immersed in a seven-minute sensory show,” says Greg Christy, CEO of Brite Ideas in Foothill Ranch, Calif. “You'd hear the planes flying and see imagery moving from building to building to tell the story of art and life at that time.”

For the Getty Center event, Christy's team used a digital cinema projector similar to those in high-end movie theaters. From mounts on rooftops and façades, the team designed the opening for the show to be completely seamless. Christy says he shot at “crazy angles” including 40 degrees and 50 degrees on curved linear buildings; setup alone took seven nights from sundown to sun-up.