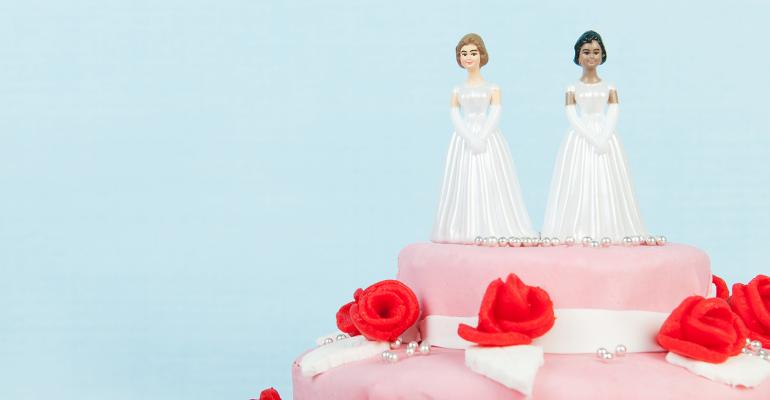 The U.S. Supreme Court yesterday refused to rule on the case of an Oregon bakery that turned away a lesbian couple who wanted a wedding cake, instead sending the case back to the state for further consideration. The bakery’s owners had said their religious views prohibited them from supporting same-sex weddings; Oregon authorities fined them for violating state law prohibiting discrimination based on sexual orientation, says the Los Angeles Times:

The justices told an Oregon court to take a second look at the case based on last year’s high court ruling in favor of a Christian cake maker from Colorado. In doing so, the court kept alive the couple’s appeal and left open the question of whether businesses can discriminate against gays and lesbians based on their religious beliefs. The tentative decision shows again that Chief Justice John G. Roberts Jr. and his colleagues are inclined to put off rulings on culture war controversies.

There is no federal law that forbids discrimination based on sexual orientation, but Oregon, like California and 20 other states, prohibits such discrimination by businesses and employers.

The court issued a one-line order sending the case of Klein vs. Oregon Bureau of Labor back to an Oregon court “for further consideration in light of Masterpiece Cakeshop vs. Colorado Civil Rights Commission.” In that case, the justices by a 7-2 vote said a Christian cake maker had been treated unfairly by a state civil rights commission … Los Angeles Times