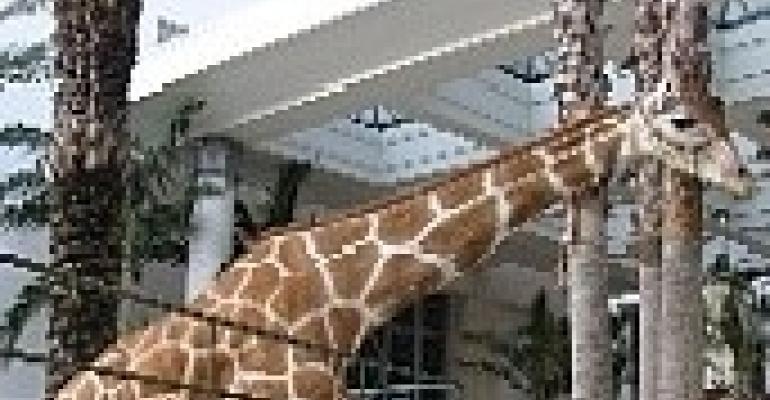 Despite the threat of high winds and rain from Hurricane Dennis, more than 3,400 meeting professionals swept into Miami to attend Meeting Professionals International’s 2005 World Education Congress, held July 10-12 at the Miami Beach Convention Center. This year’s WEC was the second biggest in the conference’s history, with only the 2001 WEC in Las Vegas registering more attendees.

Miami Beach mayor David Dermer and Greater Miami CVB president William Talbert III welcomed attendees to the city at the Opening General Session. Christine Duffy, MPI’s 2005-2006 chairwoman, discussed plans for the organization in the upcoming year and current industry concerns. “People don’t have meetings for the sake of having meetings—there are objectives and outcomes driving each one and the success or failure of a meeting or event has a tangible impact on driving the business forward,” she said. “In order for this profession to grow and transform, we must be able to influence the senior executive’s view of our role in the business planning process.”

The 2005 Meeting Professional Awards were handed out to Glenn M. Reighart, CAE, CMM, CMP, director of meetings and conventions for the National Community Pharmacists Association in Alexandria, Va., who was named Planner of the Year; Coleman, CMM, owner of Mineral Point, Wis.-based The Conference Works, who received the Supplier of the Year Award; and Shannon Derrick, sales manager for San Francisco-based Kimpton Hotels, and Ruth Fitzgerald, Clearwater, Fla.-based regional director of sales for DMI Hotels, who were named Tomorrow’s Leaders.

The Opening Night Networking Reception, held at the Loews Miami Beach Hotel (www.loewshotel.com), took inspiration from the conference’s theme of “transformation.” Miami-based event production company Barton G (www.bartong.com), which handled the event’s decor and entertainment, brought in three giraffes, including a four-month-old baby, to greet guests as they arrived at the hotel. Outside the Americana ballroom, a five-foot-tall butterfly ice sculpture welcomed party-goers, while inside, an oversized butterfly net—filled with both live butterflies and colorful fakes—draped from the center of the ballroom ceiling as an exotic chandelier. Performers dressed as butterflies and flowers danced beneath the net, while musicians performed underneath brightly hued canopies.

Floor-to-ceiling fabric and foliage columns around the perimeter of the ballroom marked food stations where guests could choose from hors d’oeuvre—including duck on plantain chips, shrimp ceviche in miniature martini glasses, and yucca fries—all created by the Loews catering department. Bars featured glowing green backdrops of goldfish-filled fishbowls that served as beacons for thirsty guests, while waiters circulated with trays of wine and mini bottles of Pop champagne.

Afterward, guests headed over to chic new South Beach nightclub State for a night of drinking and dancing. Judging by the packed upper balcony and dance floor, the annual Rendezvous event from the MPI Foundation was a huge success.

Other notable conference events included the opening of the Meetingplace exhibit floor and the final-night “Visions of Bleau” party at the Fontainebleau Hotel. The event featured cuisine by A-list chef Charlie Palmer and a performance by funky ’70s and ’80s R&B group Kool & The Gang.

Next year’s WEC is scheduled for July 9-11 in Dallas. More information can be found at MPI’s Web site, www.mpiweb.org.