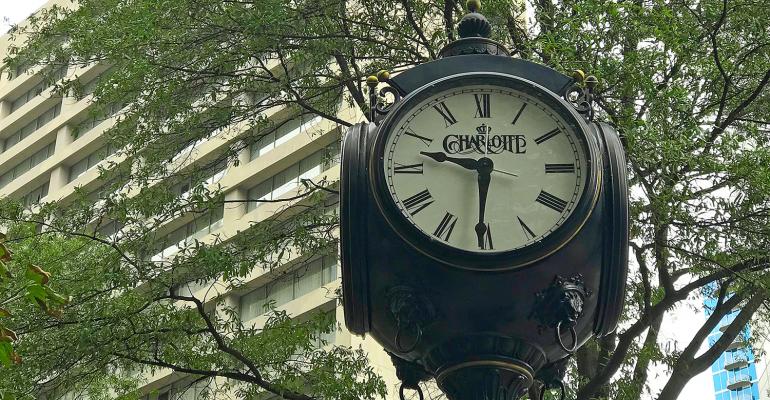 RNC Looks to Charlotte for 2020 Convention

The Dems in 2012 and now the GOP in 2020, as Charlotte looks to win another U.S. presidential convention.

A Republican National Committee panel said yesterday that Charlotte, N.C., should be the site of its 2020 convention, according to Politico. The city served as host to the Democratic National Convention in 2012. A final decision is expected tomorrow:

The decision effectively caps a year-long, behind-the-scenes search. At the outset, seven cities expressed interest in holding the convention. By spring the committee quickly narrowed the choice down to two: Charlotte and Las Vegas. Several people familiar with the decision said the party chose Charlotte for several reasons. The city, they said, had a sufficient number of hotel rooms to host a major party convention, demonstrated the ability to raise the needed funds to host the event, and boasted of a major airport …

The search, however, was not without speed bumps. On Monday, the Charlotte City Council voted narrowly to approve plans to host the convention. Within the overwhelmingly Democratic city, there has been some resistance to holding what is expected to be a Trump-focused convention … Politico

From Boxed Lunches to Banquets: Catering the RNC
Jul 07, 2016